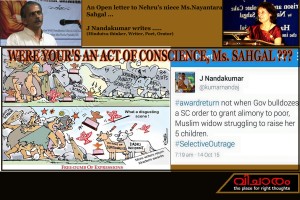 WERE YOUR’S AN ACT OF CONSCIENCE, Ms. SAHGAL ??? 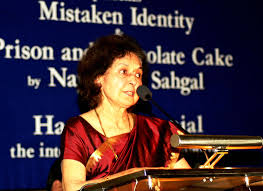 Presently India, that is Bharat, is passing through the bout of a new severe epidemic. Many an awardees of literary honors, Padmasree, Padmabhushan, etc. are busy returning the awards or rewards they managed to get either by hook or by crook from the Central government and the different institutions working under it. The first to be afflicted by this new virus has been Nayantara Sahgal, the noted novelist. A member of the Nehru-Gandhi family, she is the second of the three daughters of Vijayalakshmi Pandit, Jawarlal Nehru’s sister. Since then it has now spread all over and even many hitherto unknown people seem to have contracted this epidemic. The process that started as a trickle almost instantaneously developed into an avalanche so much so that every day our newspapers are forced to earmark a sizable portion of their precious print-area to publish the list of such “patients”. The symptom of their problem invariably seems to be Modi phobia, or rather say, Hindutva phobia. 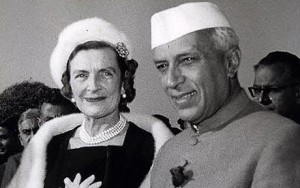 “To talk of Hindu culture would injure India’s interests. By education I am an Englishman, by views an internationalist, by culture a Muslim, and I am a Hindu only by accident of birth.” This was what Nehru had to say about his Hindu connection. Now coming to Vijayalakshmi Pandit, according to M.O. Mathai, Mrs. Pandit was deadly opposed to performing the last rites of her agnostic brother, Pandit Nehru, according to Hindu religious ceremonies. So, true to the the legacy of her uncle and mother, if Sahgal takes to an anti-Hindu stand, she can’t be faulted for it!

Why her conscience did not prompt her to refuse to accept the Award in the light of the killing and burning of thousands of innocent Sikhs in 1984 by the Congress goons in Delhi and other places and Rajiv Gandhi as the Indian Prime Minister justified the dastardly acts? Nayantara sahgal would do good to read the statement of Ms. Tivana, giving her reasons to return the Padma Shri Award, in which she has cited the Sikh pogrom of 1984.

It was in 1986 that Sahgal was conferred with the Sahitya Academy Award. In 1987, when Uttar Pradesh was under the Congress Party rule, there, on the night of 22 May 1987, 19 Provincial Armed Constabulary (PAC) personnel, under platoon commander Surinder Pal Singh, rounded up Muslims in the Hashimpur mohalla in Meerut. Separating the old and the children and letting go, they allegedly took about 40–45 of them, mostly daily wage labourers and weavers, in a truck to the Upper Ganga Canal in Murad Nagar in Ghaziabad district,instead of taking them to the police station. There some of them were shot, one by one, and the bodies were thrown into the canal. After killing some of the captives, when they saw the headlights of passing vehicles, the PAC personnel fled the spot with those alive. Four of those shot escaped, either by pretending dead and then swimming away, one of them filed a First Information Report (FIR) at the Murad Nagar Police Station.The remaining men were next taken in the truck to the Hindon River Canal near Makanpur village in Ghaziabad, shot dead and their bodies were thrown into the canal. Here again, two of the persons who were shot at, survived and lodged an FIR at the Link Road Police Station. In all, 72 Muslims were butchered by the state machinary. But this coldblooded massacre of hapless Muslims was not reason enough for Sahgal to return her Award! Mind you, not single personnel could be punished; neither the rioters. Why? The very FIR disappeared in 2010 and could not be traced till date! 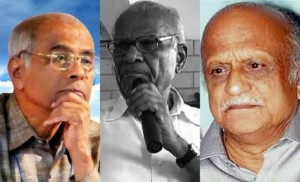 2013, when Maharashtra was under the Congress- nationalist Congress rule and UPA was ruling at the Centre. Why Sahgal neither protested the killing of Dabholker nor opted return her Award to register her angst? Why she was at that time not outraged at his killing? You should not ask!

Intolerance started gaining ground in this great ancient country, renowned for its spirit of tolerance, when the two-nation theory, propounded by the Muslim league, took roots here and the Congress Party, led by Nehru, incubated it by pampering it. Even after the truncated independence, the Congress, as also other so-called secular political parties, in their mad rush for power, rather than eradicating intolerance, caused it to grow into a Frankenstein, and all the left and kept intellectual in this country, including you, remained silent spectators to that suicidal act or abetted it. If you blame Hindus- Hindutva forces, in your parlance- for the intolerance that has become endemic here now, I must say you are intellectually dishonest. If you want to see intolerance in its most vulgar form, then please, if your health permits, come to the Kannur district in Kerala where the cohorts of Seetharam Yetchuri, Prakash Karat and Brinda karat, have turned the CPI (M) into an epitome of intolerance and brutality. They liquidate and annihilate not only their ideological and political adversaries, but even their own comrades, if they fail to tow the “Party Line” or think a bit differently, with the overt support of the state leadership.

Whatever happened in Dadri and Mainpuri recently, is really reprehensible and should not be allowed to be repeated under any circumstances. And stringent and exemplary action should be taken against the perpetrators of these heinous crimes .However, both these places are part of Uttar Pradesh, a state ruled de-jure by the redoubtable Mulayan Singhji Yadav, the one and only undisputed saviour and benefactor of Muslims, their Messaiah. So, your ire should be turned against him.

At long last, Ms. Nayantara Sehgal has revealed the real reason that led her to return the Sahaitya Academy Award, along with the cash prize: it is to caution the people against the dangers posed by the BJP government’s decision to rewrite the education policy for the country, with the intention of conforming it to its Hindutva ideology, which is a threat to the composite culture of the country. So, this is her first and foremost problem!

If Sahgal wants us to accept that the Indian history concocted by the anti-Hindu Leftist historians of the J N University, where the Hindus are denigrated and blackened, is India’s real history, I am sorry, Hindus are not 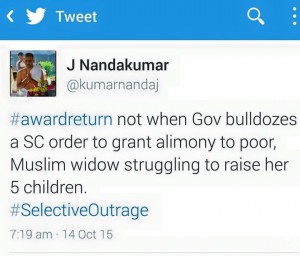 ready to accept such a history that portray as imbecile dullards, steeped in superstition. If she wants the Hindus to accept and study the outdated Aryan invasion theory as Vedic Truth, that is not possible any more. Every country has the right to rewrite its history in an objective manner and we have to certainly do it in spite of the cacophony of Hindi-baiters.

If there are many who have returned their awards and rewards, there are equally eminent persons, who have refused to do so, and Sri M. T. Vasudevan Nair, Smt. Sugathakumari, Sri C. Radhakrishnan, Smt. P Vatsala and Sri U.A Khadar belong to this category, which conclusively proves that everyone will not be carried away by such cheap political gimmicks played by Sahgal and like-minded people.