My experience as an NRI, in the ongoing electoral process in India. 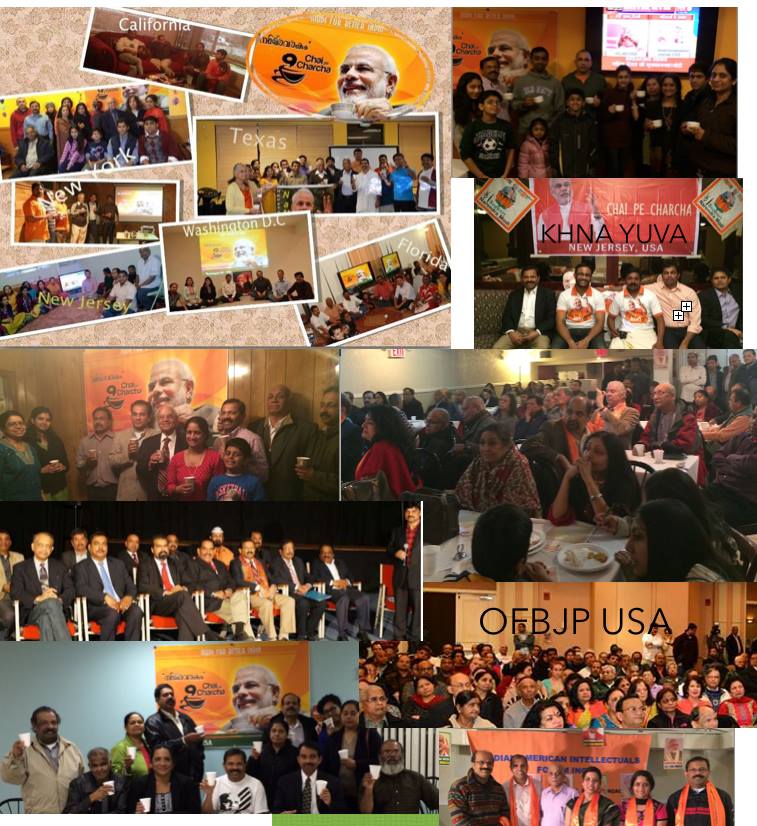 I am an NRI settled in the US for two decades with my husband and three kids. I had always kept a nostalgic and intense bonding with my motherland though I rarely visit. In the mid-1990s when I reached New York, unlike my imagination, none knew anything good about my motherland, India. They had a low opinion such as; people, who eat with rats, play with snakes and ride on elephants etc. With a lot of political instability and corruption in India, having no specific political view, I started devoting my prayers for the bright future and revival of the long lost glory for India. That was all I could offer that time while in graduate school and with less social media.

Miraculously, I could see India shining with the celebrated visit of India’s then PM, Shri, A. B. Vajpayee to USA on all US national media as “the PM of emerging Internet technology”. There was no boundary to my contentment. Time flew and in spite of all the hyped up predictions by economists from all around the globe, we Indians descended as low as we could in every field possible with a decade long governance under Congress team. As an NRI, I started looking for the reasons and the alternative option India may be left with. I figured the situation in India to be ‘do or die’ and decided to dedicate as much time as I could for my motherland. Shri. Narendra Modi of BJP easily caught my attention with all heinous accusations and allegations. From 2002 itself, I had started enquiring and learning about the riot, earth quake, the developmental projects, continued victory in the state elections and came to realize that he is one of the most eligible leaders who can handle India at this deteriorating and devastating time. He came out of the entire ordeal like a phoenix bird; a time-tested true leader is Shri. Narendra Modi. Even before Modi was chosen as the BJP PM candidate, along with a large number of young individuals from Kerala, I had started chipping in my help whenever and wherever needed in the social media in order to promote Narendra Modi by collecting all the facts and figures on him and conveying to the common public in a simple way and to replace the negative image fed up in their mind about Modi. Having had no knowledge about Kerala BJP, I had no interest at all. But from the group, only I came to know few bold and strong leaders fighting against corruption and social injustice. Among them, Shri. K. Surendran was in the forefront and the most preferred for the young generation.

Therefore, a group of progressive minded people from Kerala residing in the United States formed a Facebook group “Namovakam” to promote Modi as prime minister as well as to support BJP candidates from Kerala. To kickstart the events, we did our first ‘chai pe charcha’ in the major US metropolitan cities such as; New York, New Jersey, Washington DC, Houston, San Fransisco and Fort Lauderdale on February 9, 2014, the day Modi had his first campaign speech in Kerala. This ‘chai pe charcha’ event was carried out incorporating people from various parts of India and of various religions. The discussion included the various developmental projects successfully carried out in Gujarat. The message was to contact people in India and encourage them to vote for Modi. Along with my husband, Sivadasan Nair, an active volunteer of OFBJP USA, our family was active participants of events such as Yoga for unity by OFBJP, ‘Chai pe charcha’ by Indian American Intellectual Forum, USA, KHNA, EKTA, Women’s forum, OFBJP USA etc. to a point when my little one said “what do I know about India other than Narendra Modi and Surendran”. Another social event Namovakam initiated was a google hang out with BJP Kasargod candidate K. Surendran, with the help of BJP Communication cell. This was an initiation to introduce K Surendran to the NRIs and public as well as to explain BJP’s views on social, political, cultural issues in Kerala and potential packages for returning NRIs etc. A second hang out was coordinated with NRIs from middle east Asia with BJP communication cell. We also promoted sponsoring of free Janmabhoomi distribution in many districts for unbiased news and to promote our candidates. Relentless was the energy and enthusiasm of the people of Kasaragod, starting from 6 AM they keep going from program to program till 2 AM. With merely 2 hours of sleep, I had hard time catching up with their daily events. I salute you, Shri. Surendran, your team of volunteers and people of Kasaragod for your hard work, dedication and enthusiasm. I would be totally disappointed if we do not see a change on May 16. However, as true warriors, we do not stop until we see victory.

Last week of the campaign, with the help of OFBJP USA, we collected about 3 lakhs telephone numbers from Kasaragod and started a ‘telephone collathon’ campaign in which almost 1000 volunteers from USA, Canada, Ireland, Saudi, Dubai, Bahrain, Kuwait, Singapore, Switzerland, Haiti, and Afghanistan. It was tremendously successful, overwhelming was the enthusiasm. We keep a ‘what’s app’ group to report the updates, a lot of our calls could change minds of many in Kasaragod. Along with Kasaragod, we did telephone campaigning for Trivandrum also. One reminder for K. Surendran team, Please keep your page active so that you can keep in touch with and update with your programs and services to the common public on a timely basis in order to keep the momentum going. Best lesson from Modi “having all the accusations and distraction from all around and within, he kept his focus on his duty and made sure he marketed the same”. Your hard work and dedication will be noticed when you market it properly. This age, marketing is equally important. If needed, more than happy to render help. Keep continue your exposure and communication to NRIs and to the public through social media. Kerala need to groom its efficient leaders like you rather than looking left and right and you have to help them to get the right perception in their minds through social media. If you keep up the enthusiasm in the people, upcoming assembly election will be a milestone for BJP. Memorable was my experience with your team and I thank you for the same. We are truly motivated and with added enthusiasm, we have moved on the neighboring state of Karnataka, started calling Malayalee communities and adding more Karnataka volunteers though OFBJP USA, we are carrying out our mission efficiently. We will move on to Maharashtra and Tamil Nadu after Karnataka and hence forth. Of course, last but not the least, we have planned for a victory party for May 16, 2014 just to show how confident we are. We woke up and none can stop us till we reach our goal.

Dr. Jayasree Nair currently works as a Senior Research Scientist at Columbia university, (formerly with Memorial Sloan-Kettering Cancer Center, Newyork) and a resident of USA from 1995.