Sabotage of the NDA united front policies upon parasite outgrowth

(Uncertainty regarding the preservation of Western Ghat, enforcement of Gadgil report, Aranmula agitation in the backdrop of the NDA candidature from Kottayam constituency.)

Bharat, with a lot of expectations, had chosen its leader to govern us at least for the next 5 years. Politics has been turbulent for the last 30 years. If communalism, bogus secularism and religious appeasement were prevalent from India’s independence, India has been suffering from the nuisances of caste based politics from 1984. As a result, caste based politics became popular across the state and which lead to the moulding of many selfish leaders and eventually gave way to political instability in India by losing majority for main political parties in elections. India has been suffering from this curse for the past 30 years. By this 2014 election, after 30 long years, people had elected a single political party with absolute majority. India has come out its curse finally. 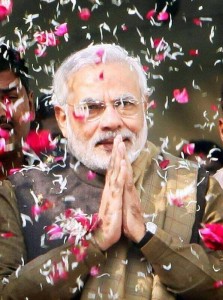 The BJP under the great leadership of Shri. Narendra Modi along with other regional parties as the united front, NDA achieved a landslide victory in a historic election process. Through this election, people have given stage for a politically stable government. The NDA; National democratic Alliance, consists of 29 different political parties including the BJP and Shivasena. Of these 29 political parties, only 12 parties were able to send MPs to the parliament. Though the count is zero for the other 17 parties, most of them, had for sure, one way or the other, had helped in winning few seats for NDA with their support.

Few of them joined NDA in the last phase only, such as Telugu Desham who had proved to be beneficial for NDA in the past. Few others were already part of the alliance and hence we don’t need to see them as aliens.

However, during this election, few ‘out of the blue’ incidents occurred in Kerala. If we evaluate BJP’s general electorate power in Kerala, Kottayam is comparatively strong. But those who were waiting for the announcement of candidate in Kottayam constituency, were literally stunned at the new incarnation leaped in front of them. A person totally unfamiliar to the leaders and the activists of BJP or Sangh Parivar appeared and announced himself as the candidate of NDA. This turned out to be a devastating incident for the sincere workers who had so much expectations towards this election.

The villain of the story, Noble Mathew’s arrival as the NDA candidate from Kottayam was under a party called Nationalist Kerala Congress. The context in which these individuals take membership in a potentially hopeful political party or united fronts must be thoroughly investigated. Especially when BJP, the major political party in the NDA, had an open policy on preservation and protection of the Western Ghats, strong determination to dispense Gadgil Report and against the construction of Aranmula Airport, this unprecedented entry seems dubious.

Modi Wave, Modi Tsunami etc were the other names of this election. In this Modi storm, NDA captured a landslide victory. Even in the state of Kerala where NDA failed to win even one seat, BJP has well demonstrated its might. BJP gianed a total of 19 lakhs electoral votes and above 10% voting.

That means Modi wave hit Kerala as well significantly that the voting percentage for BJP or NDA increased sharply except for one district and which is none other than Kottayam. If the BJP had obtained 37422 votes in the 2009 parliament election, this time, though with strong Modi wave, NDA candidate Adv. Noble Mathew under ‘Auto Rickshaw’ symbol barely obtained 44357 votes. In other words, when BJP/ NDA candidates, all across Kerala, increased their electoral votes by 50000 to 100000, this ‘mighty’ candidate from Kottayam helped NDA to gain 6935 more votes only than previous election.

If BJP had its own candidate in the Kottayam district, they could have gotten at least 1,00,000 votes. We should not forget the fact that in the adjacent constituency of Pathanamthitta, BJP candidate obtained 138000 electoral votes. Therefore, despite the tremendous increase in BJP votes in most of the districts, Kottayam dropped drastically and disappointed the sincere activists.

The lessons we learn from the result are:

1. Only BJP supporters voted for Noble Mathew due to obligation to the party
2. He did not gain any votes from the Modi wave
3. He has no influence in the public though he came up with a political party of his own
4. Even with strong Modi effect, he is outcasted and unacceptable to the common public. It is impossible to analyze his candidature better than this.

Based on the experience of previous BJP government, Staunch BJP activists work hard to get the BJP in power and few undesirable persons enter through the back door and take political mileage in an unrighteous way. These people spread bad name and hatred among the activists and alienate them from the party despite the good performance of the government. Corruptions, swindlery , defalcation of funds for undesirable individuals or organizations etc will be the sole contribution from these obnoxious people.

The stairs of authority will be the guard houses of these people. To a common party worker who devote his life to bring his party to power will end up appeasing these ‘mushrooms sprout in the yesterday’s rain’. These sort of people practice all the undesirable activities using political manipulation. Besides all these, Noble Mathew was always against the BJP and he even prosecuted a case against BJP siding LDF government in Kerala.

When we analyze such situations, the candidate from Kottayam become a question mark. Up until the election results were out, none was aware that this individual belonged to political party, an ally of the NDA. More or less he was familiar to the BJP cadres as an independent candidate contesting with BJP support. The public came to know about the rise of Nationalist Kerala Congress only while the MPs were congratulating Shri. Narendra Modi after his address. His untimely and unnecessary showing off, entering in the BJP Delhi office without permission with arrogance in his behavior are making people suspicious of his intention.

We may not get quick answers to these questions. However, one fact is for sure, Noble Mathew’s candidature must have increased Jose K Mani’s electoral votes. This is the best gift he could give to Junior Mani as an ex Kerala Congress worker (present too).

Protection of the Western Ghat is BJP’s declared policy. Kerala Congress’s policy of protecting encroachers is totally against that of BJP. Therefore, it is not the Kasturi Rangan report but the Gadgil report is what BJP claims to dispense. Can the one who lead agitation against Kasturi Rangan report ever change his policy after falling in the blue paint. Or BJP will have to rewrite its policy to appease him?

What will be the fate of Aranmula, the innocent victim of the unfair alliance between dirty politics and business? Anto Antony is an open and staunch supporter of the airport movement. What happens, if undesirable politicians from within NDA engage in secret alliance with the supporters of Airport? What will happen to the agitation intended to preserve the paddy fields, rivers, wetlands, culture and there by the nation? What will happen to those give life to this agitation? Should Kummanam, Sugatha Kumari, V.S., Panyan and the rest of the environmental activists commit suicide?

Besides this, government funds will be misappropriated to undesirable organizations. The tax money belongs to the poor people cannot be given to the wicked ones to misuse to risk the very existence and the welfare of the masses.

This is a verdict people had sincerely given, after suffering for a long period of time, to abolish the dirty politics played behind Manmohan and Sonia. Please don’t oppress the masses by bringing back the adversity that people had thrown out, through these undesirable politicians. Please don’t sabotage the masses verdict.

To keep up the purity, to respect the common man’s verdict, to protect and preserve the nature and the nobility of villages, Noble Mathew and the political party he is representing must be expelled from the NDA.