Narendra Modi: The Torchbearer of New India – A journey from Chaiwallah to Prime Minister

In my teens, when my peers would normally be interested in topics such as movies, partying, etc., I was more into reading philosophical books. One person who inspired me so much at that age has been Narendra Dutt, who later the world would know as Swami Vivekananda 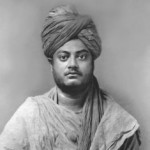 Years later, I don’t know whether it is a coincidence, but a Leader with the same name has taken me to that height of admiration once again!! Yes! That Leader is none other than Narendra Modi

Narendra Damordas Modi, popularly known as NaMo among his supporters, has known hardships from a very small age. The concept of struggle was never very distant for Narendra.Born as Narendra Damordas Modi, on 17th September 1950 in Vadnagar in the present-day Gujarat, to Damodardas Mulchand Modi and Heeradben Modi, who were lower middle class Hindu parents, young Modi was a brave, fearless, determined, curious attentive boy, according to his classmates and teachers and family, so much so that there was once a time as a young child he brought home a crocodile from the nearby pond, but much to his dismay he had to release it when his mother objected.

During the 1960’s, he used to sell tea to passengers at the Railway Station, alongside one of his brothers, in Ahmadabad. This is the time when he joined the RSS and became a full time member. 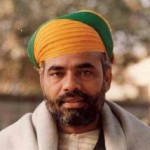 With whatever small little training he received from the party’s associates, he moved ahead and showcased enough capability to be given the charge of the ABVP (the student wing of RSS), and worked for Anti-corruption, even at that age. His diligence and dedication towards the party hardly ebbed despite the fact that he was simultaneously pursuing a Master’s degree in Political Science. This ‘average student’ from Vadnagar tutored all by himself to take greater steps on a national level.

Narendra Modi was attracted to the idea of serving our Nation, right from when he was a teen. During the 1960’s India-Pakistan war, even though he was only a young boy, he volunteered to serve soldiers traveling through railway stations. Later on partnering with Shankersingh Vaghela, Narendra began a strong cadre base in Gujarat.

In 1995, Modi was responsible for the Somnath to Ayodhya Rath Yatra and a similar trek from Kanyakumari in Southern India all the way up to Kashmir in the north.

If we observe his step by step growth towards the national podium, we would be convinced how he remained focused in his basic ideologies and patriotism – continuing agitations during the nationwide Emergency, organizing Murli Manohar Joshi’s Ekta yatra (journey for unity), and impressing everyone with electoral strategy ahead of the 1995 state elections.

When BJP started getting recognition and popularity, Modi relished his newly ordained post of the party’s General Secretary. The workaholic and loyal ‘sevak’ moved to New Delhi to take up the new responsibility of managing the party’s activities in Haryana and Himachal Pradesh. And after 3 years Modi had the post of National Secret 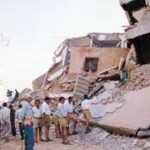 ary of the BJP.

Those day Gujarat faced allegations of corruption and poor governance. Keshubhai Patel was made Chief Minister of Gujarat and Modi became General Secretary of the party in Delhi. Weak handling of the effects of the Bhuj Earthquake in 2001 prompted the BJP’s national leaders to seek a new candidate as chief minister.

In July 2007, he became the longest-serving Chief Minister in Gujarat’s political history. Then there has been no turning back for Narendra Modi.

The Modi government received a lot of flak from rivals, following the 2002 Gujarat riots. Investigations were ordered into alleged abetment of crime. Many, without finding out the truth,  pointed fingers at the chief minister for allowing communal violence in the state. Some demanded his prosecution for promoting enmity among different communities during the riots.

The Truth was far from those allegations. Under his able administration, Narendra Modi had controlled the riots within just 3 days and Gujarat has not ever since seen a riot in that region or State, when Godhra has been a sensitive area as regards communal disturbance is concerned, right from the year 1927. But Modi has been successful in bringing about peace and harmony to the people of Gujarat.

In June 2013, when Narendra Modi’s was appointed as the chairman of the national campaign committee and the BJP leadership remained firm on its choice to put Modi in front of 2014 campaign.  And they were not wrong in their decision! And the people also have not been wrong in giving Narendra Modi their full support to becoming the Prime Minister of India.  Because none other than him, is capable for that position in India today!

Narendra Modi has come from a humble background and is known for his simple lifestyle. He has a reputation of being a workaholic and introvert.  Narendra Modi’s oratory and writing skills along with his brand of humour have been always lauded. His impeccable style of dressing also is looked upon by all. All these qualities make overall the good leader in him

Apart from all this why has Indians voted for Narendra Modi as Prime Minister. Because India seeks a strong leadership that has a clear roadmap and actionable plans ready for execution. Business Community seem to be convinced that for India to come out of its Gross Domestic Paralysis, and a  visionary and decisive leadership like Narendra Modi’s, is essential. India needs to be converted into the most lucrative destination as regards foreign investments. Corruption will be highly controlled, Agriculture has been given due weightage.  Our Army men will be given their due respect and proper facilities. His infrastructure and Power, Electricty, Water development plans have been complimented even by the United Nations. He has set plans for each and every state of India.

Under his leadership, Gujarat is witnessing massive transformation in several sectors including education, agriculture, health care and several others. He developed a clear vision of his own for the future of the state, launched policy-driven reform programmes, reoriented government’s administrative structure and successfully put Gujarat on the road to prosperity.

He started many yojanas schemes for the betterment of the society

His steady Mantra has been always “Minimum Government and Maximum Governance”

He is the hope of New India!! He is the torch bearer for a brighter future for our Nation! Narendra Modi has proved to us that even without being born in a famous wealthy family or carry a well-known family name or without a strong financial bank balance, a true hardworking patriot can come up in life by only his dedication and love for his Country.

We Indians bow our heads to that great soul, who will be the Pride of Our Country in the coming days, whose name will be on top of our History books. Whose name, we can point to our children and show them here’s a true example of a Dedicated, Hardworking Patriot!!!